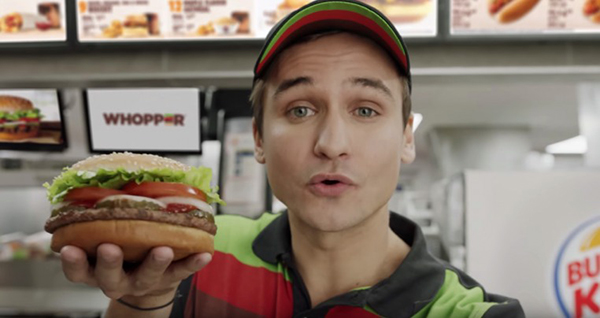 AI and chatbots are everything and everywhere. Whilst in nascent stages, these emergent technologies are where consumers are. Innovation is beyond being in their home and on their phones. As robot assistants permeate, brands will need to compete not for the attention of the consumer, but rather AI.

Tessa Mansfield, Content & Creative Director at Stylus shared at Unbound 2017 that Sundar Pichai, CEO of Google stated that ‘the last 10 years have been about building a world that is mobile first. But the next ten years, we will shift to a world that is AI first’. Mansfield also disclosed that by 2020, 30% of Internet browsing will be done without a screen.

According to Accenture Consulting, 78% of retailers report that AI will significantly change the industry over the next three years. Concurring with this, IDC states that marketing spend on AI is set to rise more than $2bn by 2020.

So what does this all mean for retail? According Adweek, ‘AI is a ‘smart pill’ CMOs can’t afford not to take’. The voice and the face are becoming new consumer interfaces. Ana Andjelic documents in Adweek that ‘voice interface does for 21st-century shopping what the department store did for the 20th and family shops did for the 19th: It summarizes the consumer desire in tangible form. It shows us where decision-making lies and honours the organizing mode of retail’.

However, the start of this journey starts in the home. For instance, a person wakes up and asks ‘ok Google, where is good to grab breakfast nearby?’ The question is, how do brands ensure it is their business that is recommended to the consumer?

One brand embracing the voice in the home is Burger King. In April, Burger king caused controversy by saying ‘’ok Google’’ to hijack voice-prompted gadgets in the consumer home. According to Buzzfeed, the food retailer set a ‘precedent for TV and radio ads by talking directly to voice-activated gadgets like smartphones and amazon’s echo speakers’. The TV ad prompted Google home to read a description of the brand’s Whopper from Wikipedia.

Statistically, Amazon’s Echo is more popular than Google home. However, the ad activated other smart devices such as smart phones to search for the Whopper. The end result was a symphony of machines telling consumers about the Whopper in their own home all at once.

As well as the voice becoming a defining consumer touch point, the face is also becoming prevalent. With Samsung launching a phone that uses facial recognition to unlock the device, the promise of mobile payments using the face is in the near future.

Using the face as an interface, Alibaba launched a fast food concept driven by the need for speed and convenience in July 2017. The store has no employees and relies on facial recognition for store access, interaction and payment

In order enter the store; customers have their faces scanned by facial recognition technology. The technology caters a profile using the image for the consumer to place purchases in store. This facial data is connected to an app that contains the consumer’s bank details.

When it comes to placing an order, such as for a cup of coffee, one’s profile picture appears onscreen with an estimated wait time. As they leave, shoppers’ purchases are automatically processed via the app.

Technology is disrupting the retail industry. Brands need to keep pace with the rapidly changing consumer interfaces and prepare for an AI-first climate.