WHY THE FUTURE OF CITIES WILL SHAPE RETAIL 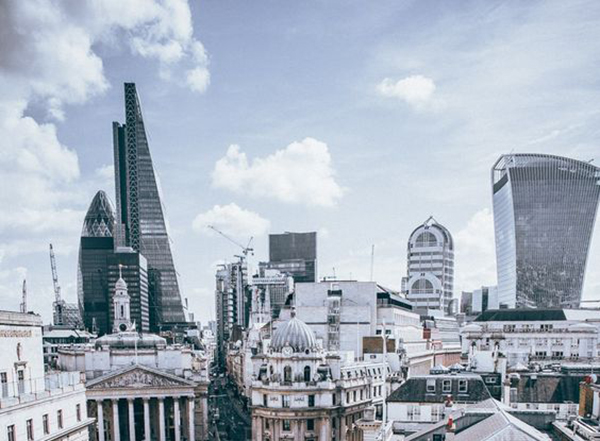 Every weekend, we dive into the weekend supplements to take in current affairs, document what is neoteric and what could indicate the rise of an upcoming trend. On most occasions, the future of cities are explored. From why small cities can generate big ideas, to how they could be more child-friendly, the Financial Times’ Simon Kuper points to how they are rapidly changing. Echoing this, Oxford University is investing in a research project entitled ‘the flexible city’ whereby the aim is to rethink the definition of urban and how this can be used to face future challenges. Interestingly, City Now, City Future has just launched at the Museum of London.

So why the focus on cities? The world is becoming more urban. Right now, 54% of the world’s population live in cities, but by 2050, that’s expected to rise to 70%. The global population is set to reach 9.7 billion in 2050 and 11.2 billion in 2100. The challenges this presents society are vast.

Cities formerly had four functions – dwelling, recreation, work and transportation. Due to the fourth revolution, these boundaries have blurred and are constantly interchanging. As consequence, consumer lifestyles have become increasingly more fluid.

Brands will need to navigate this shift, the impact of an increasing population and the pressures that consumers face in the city of tomorrow. From developments in skyscraper architecture, greater connectivity, green energy and driverless transport, to social divides within cities and nations, cities must adapt to a growing global population whilst providing a future that is resilient, happier, healthier, greener, and more communal.

This is where retail comes in. If we think about shaping a world that is greener, stores can adapt to facilitate this. For instance, at the start of 2017, Pantone has collaborated with Airbnb to fill a home in London with greenery to correlate with the 2017 colour of the year. Each room was inspired by the outdoors, filled with greenery tinged products and pale wood furniture to create a woodland home. Apple incorporated greenery within their flagships globally. According to Retail Focus, ‘Michael Baird, design director at FITCH says the use of foliage in store, often more excitingly in vertical wall applications, can improve air quality and provide a sense of well being to consumers. ‘In stores dealing mostly with electronic devices, the introduction of something living can provide a welcome contrast to the technology on display. An organic feature can create a sense of freshness, providing a big hit of natural colour in a given space’. With this in mind, the brand placed12 Ficus Ali trees on the ground floor.

In our post ‘what home means to retail’, we explore how geopolitical tension has resulted in conflicted communities. As such, nurturing social capital within cities will be essential. When it comes to nurturing a city that is more communal, our blog on optimism in design springs to mind. Innovatively, Nescafé’s designed a community inspired ‘Hello Bench’ that gets shorter when two people sit on it. Sensors are activated so two strangers are prompted to start a conversation. Equally, we explored the future of empathy within retail. Mental health is gaining awareness and as explored within the blog post, retailers are contributing to movement and inspiring conversation. As such, retailers have the opportunity to partake in nurturing a healthier city by prioritising their consumers’ wellbeing.

The smart city revolution will require brands to collaborate and rethink how they interact with consumers living in this changing city climate. Just recently, the world’s first “smart street” took up residency in the centre of the UK’s capital. Bird Street, a throw away from Oxford Circus uses kinetic energy generated the footsteps of shoppers to power the street. Pavegen produces the technology. An app educates consumers about how much energy they are creating through sensors on the street. Shrewdly, the app connects with local stores to promote in the moment offers to entice consumers into store. Whilst this example demonstrates a wider trend in its nascent stages, retailers need to prepare the promise of smart streets and smart cities.

The future of cities is opportune for retailers. Brands need to keep up with the fluidity of their consumers’ lifestyle Retail brands can innovate by delivering meaningful contributions to the overall wellbeing of a city through making it greener, healthier, smart or more communal.