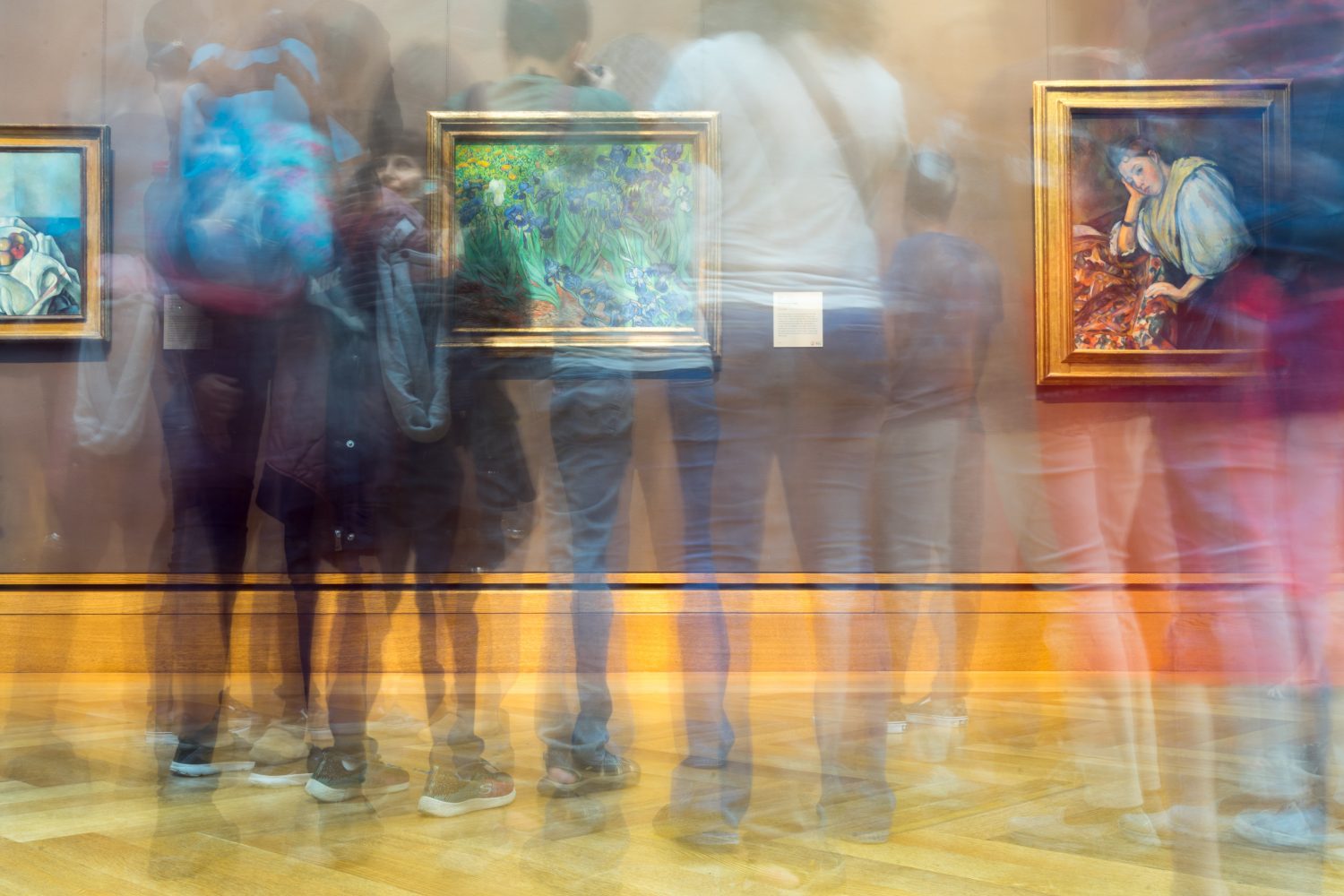 National Design Week in New York celebrates the important role that design plays in our life. In conjunction with the National Design Awards, The Cooper Hewitt Museum hosts a series of programs and exhibits accessible to all. Two of our designers went down to absorb the latest trends, inspirations and insight from some of our favourite artists.

The educational and intricate exhibits look at how design is developing; from the influx of machine learning to understanding how nature informs design, the exhibits are immensely interactive, hoping to broaden our understanding and engagement of the world around us.

The immersive installation analyses Artificial Intelligence and the hidden role of facial detection. Used as a data source by governments and businesses to track, measure and monetise emotions. The exhibit explores A.I. technology through face detection, emotion recognition and eye-tracking. It touches on the current limitations and problematic potential of AI, as it can be biased or manipulated.  The “machine learning,” is based on finding patterns – and as we all know, humans do not all follow the same patterns or rationale.

As you stand in front of the screen the face-detection software tracks the muscle movement in 68 different locations of your face. The emotion-recognition software interprets the movement spotting the different emotions. When you move your face to make different expressions the software collates the information, resulting in the construction of a social portrait.

Designed by Zachary Lieberman, the site looks at the future, and how people will be able to control computers with their faces, eyes and minds. When you sit in the chair the software scans your face and matches the facial expressions of other visitors who have similar emotions.

The other half of the site exhibits how often A.I. systems make mistakes. When you sit in the chair you are asked to express an emotion. The software analyses you to determine your age, sex, gender and emotional state using an algorithm. It then lists off characteristics determined by your expression portrait. This type of system is commonly used in surveillance and is biased because it “learns” from databases that focus on a limited population.

A collaboration between designers and nature, this exhibition looks at how we forge meaningful connections and learn compelling lessons from reflecting on our relationship with the world. Engaging with nature in groundbreaking ways, the exhibit explores awareness around climate change, the importance of sustainability, and advances in biotechnology and bio-futurism.

As you enter there are hundreds of hanging bulbs are suspended from the ceiling. Inside of the bulbs are fabricated replicas of different insect that are existing, endangered and extinct who can be found in the surrounding New York area. The exhibit brings together insects that would never coexist in the natural world. As you move through the installation or get close to the bulbs the insects begin to move to illustrate our changing dialogue with nature.

The Monarch Butterfly species have drastically dropped due to agricultural pesticides, changes in temperature and land development. The space features a model created by Terreform ONE’s proposed 30,000 Monarch Butterfly Sanctuary. A vertical meadow behind a glass facade, the temperature and humidity are regulated to assure an optimum environment for the butterflies. The glass displays how the facade can provide a temporary habitat for wild monarchs and help the species flourish in a new climate.

Northern White Rhino is on its way to extinction as the last male died last year in March 2018. Scientists are currently working on a way to resurrect the rhino through experimenting with biotechnologies. This video installation brings awareness to the issue, questioning the errors that could arise if we create reproduction artificially.

Projected in the virtual room, an artificial rhino is brought to life with no grid cells but specialised brain cells that help them navigate space. The rhino starts out by moving around the space pixelated but slowly you see the rhino come into focus, as the developing grid cells and calibrate to it to becoming “intelligent.” The rhino continues to develop and toggles from pixelated into a life-like rhino. It queries whether the rhino, coming to life without natural context, is entirely artificial.

Designed by AnotherFarm in 2019, Fantasma is a garment made out of silkworm cocoons and raw silk threads. AnotherFarm collaborated with scientists who make transgenic glowing silk, engineered by injecting silkworm eggs with coral DNA to glow red. Japan’s Hosoo textile manufactory wove the transgenic silk into a textile, which was used by the designers to create this garment. Visitors could put on the glasses to enhance the colour of the glowing silk creating a dreamy landscape.

The installation lets you design your own wallpaper and then see it projected live on the walls from floor to ceiling. A nod to Cooper Hewitt’s extraordinary collection of wall coverings, which are featured, visitors can create their own wallpaper. Using a special Pen, guests can select digital images of wallpapers or sketch their own design and then project them onto the walls at full scale to see their impact.

More than an entertaining interactive experience, the Immersion Room gives museum visitors their first opportunity to discover Cooper Hewitt’s wall coverings as they were intended to be viewed. The space encourages social moments and photos, without being kitschy, as people take photos in front of their own wallpaper creation. 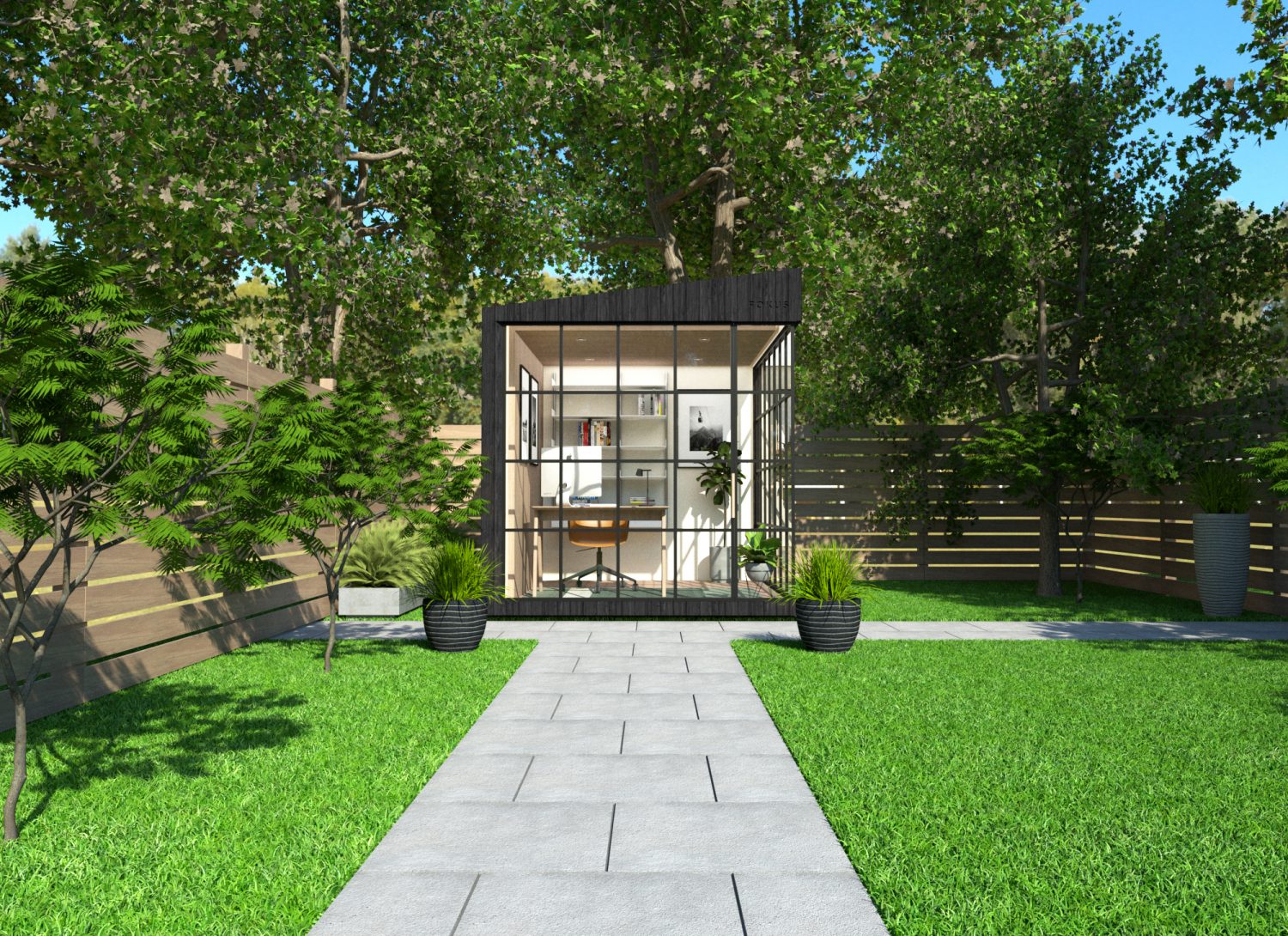 We are proud to announce the launch of our work alongside TBC Banks flagship at 7 Marjanishvili, Georgia, raising the standard for the future of customer experience in retail banking through design. 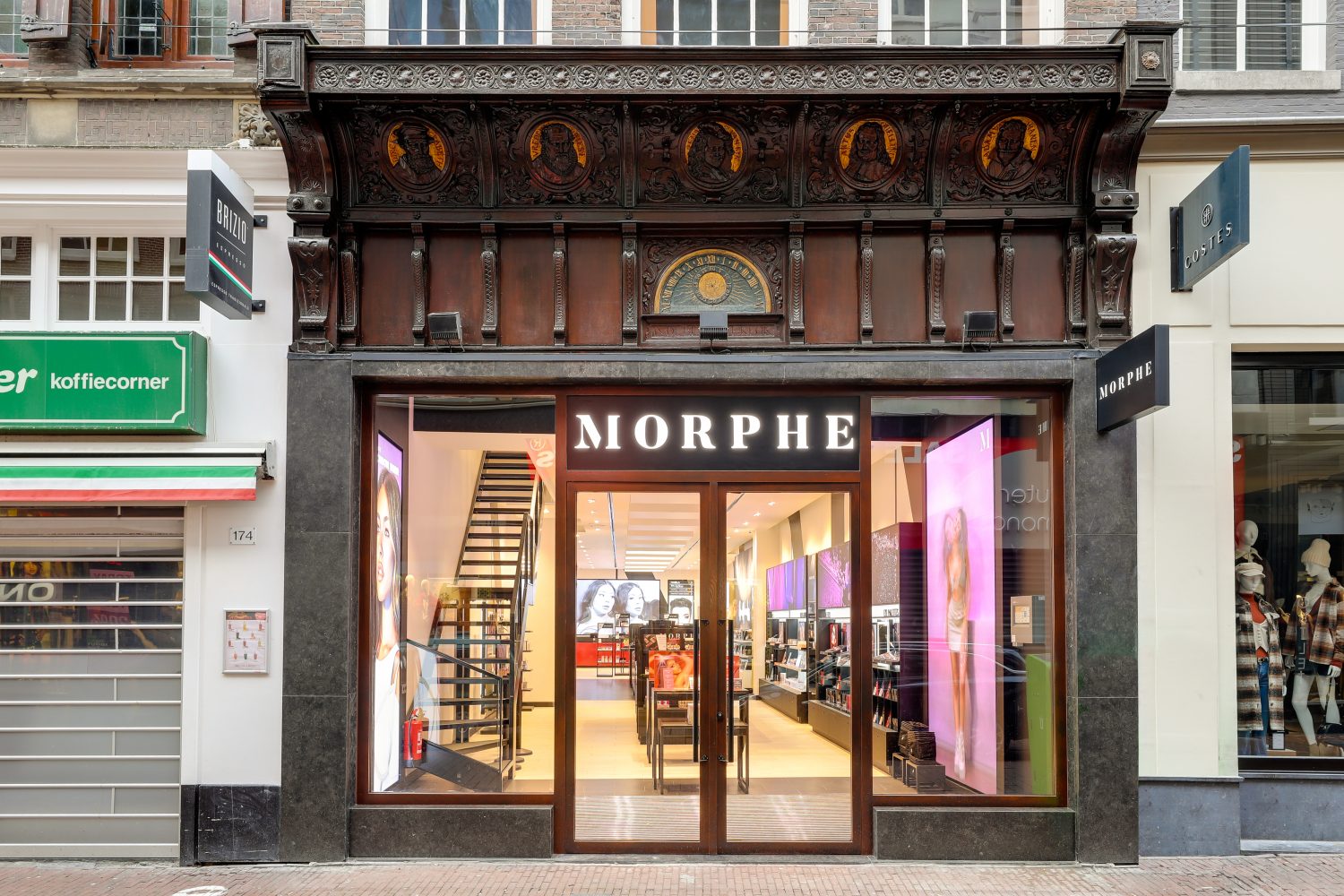 We worked alongside Instagram sensation Morphe to open their Amsterdam location. Prior to this, Sheridan&Co have been working with beauty giant Morphe to deliver makeup stores in America and the UK.